Pioneers of the Atom

Today I had the opportunity to demo my most recent project for my clients at the National Museum of Nuclear Science and History. Last spring I programmed The Element Factory for an existing touch table they had. The were using the table to run an old game originally programmed for a touch screen that ran along rails attached to a mural and changed its content based on how far along it was. Unfortunately, the hardware was long broken and the interactive was definitely not optimized for a high definition touch screen. It also didn't allow people to match any names to the faces seen on the mural. 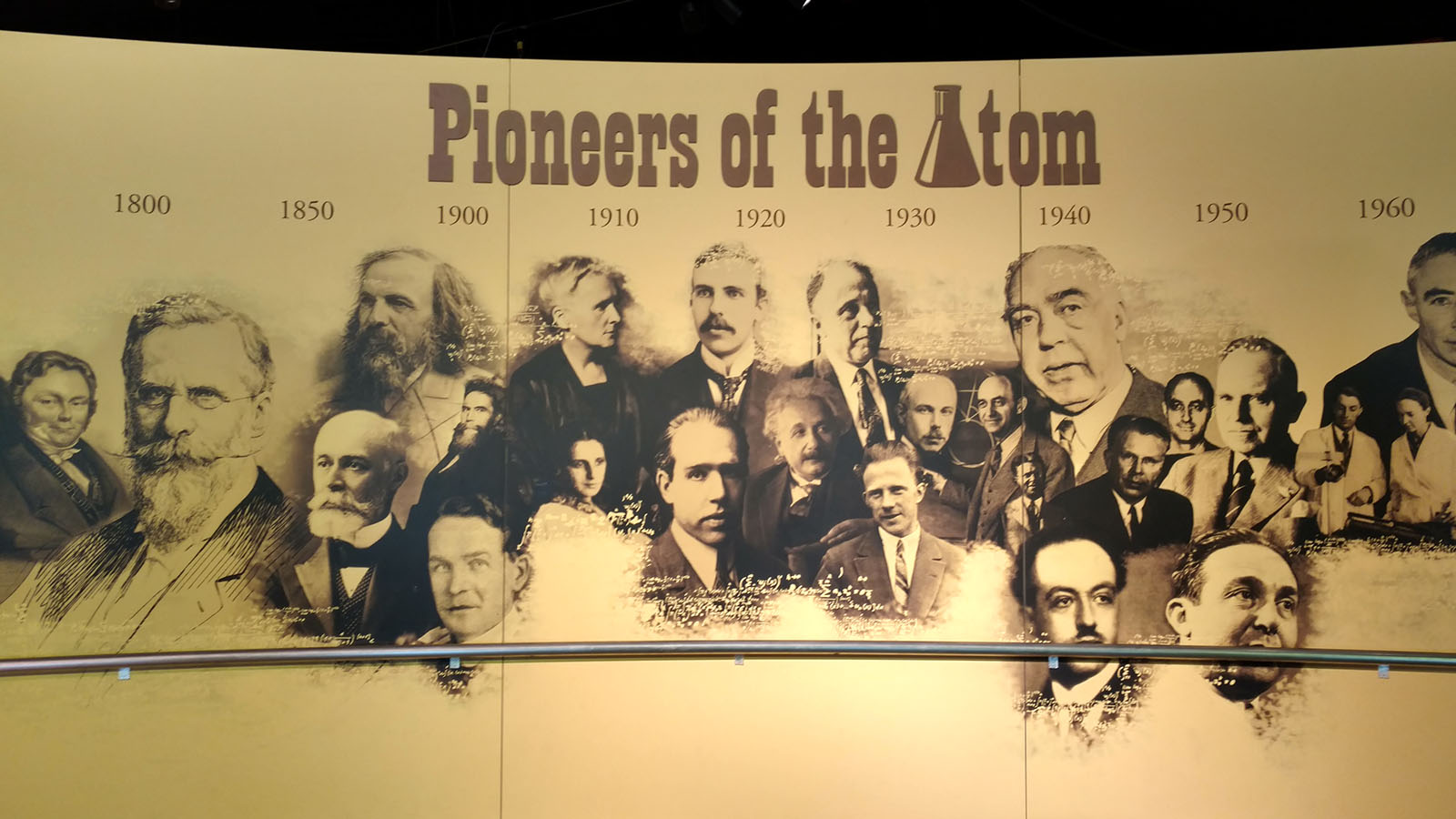 In December I submitted a proposal with Bresdin O'Malley to update that program so that all programs on the touch screen would be modern, fluid, HD programs.Luckily for me, our proposal was accepted! Bresdin did the original UI design, but wound up taking a full-time programming job and couldn't continue on with the project.

The primary image for this post is a screenshot of the interactive so far. There is a slider-based timeline of nuclear history that highlights important events. I particularly wanted to make it easy for people to figure out who the scientists on the mural were. When you slide the beaker along the mural, the scientists who are active during that time period are highlighted. When you tap a face, you get a card that shows you their picture and tells you about their life. The design I was going for was to make the whole thing look kind of like an antique laboratory notebook.

I plan to add a game where people can take the names and match them up to the faces, a bit like the Element Factory, but that isn't quite done yet. More later!