The Hall of the Stars

The Hall of the Stars is a 2014 Gold MUSE Award winning interpretive interactive exhibit that teaches visitors how the night sky changes throughout the year. It features a 20 foot long tapestry with 1100 LEDs that respond to a touchscreen interface.

I got involved in this project when I first moved to New Mexico. In order to make some local friends, I started volunteering at the New Mexico Museum of Natural History and Science. Some of my fellow volunteers (Roger Kennedy, Mike Molitar, and Stan Cohen) were working on an exhibit called the Hall of the Stars. When they heard that I had experience working on touch screen interactives for exhibits, they asked me to help with the interface for this project.

It is amazing in its scope. The 20 foot long tapestry is embroidered with all of the most common Northern Hemisphere constellations in black-light reactive thread. It also has the equator and ecliptic attached with LED tape. The stars are represented by LEDs that were attached by hand to the tapestry, over 300 of which are controllable by the touch screen. Special hardware chips originally used in massive outdoor LED displays allow us to simulate 4096 levels of brightness for the LEDs - nearly matching the range in brightness of real stars in the night sky. A retired physicist and current electrical engineer, Stan Cohen, attached the chips to custom shields for 10 Arduinos which communicate with the main computer by USB. 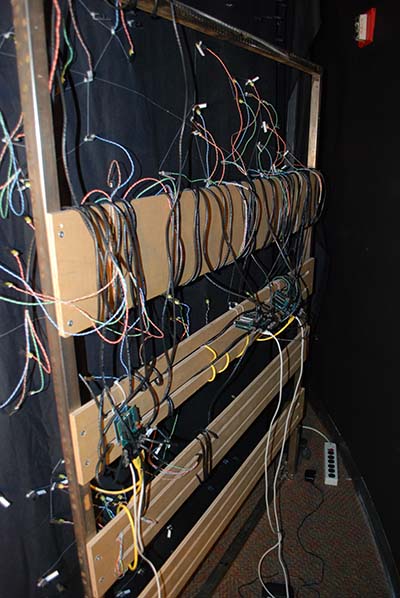 This shows only about one eighth of the wires. Image courtesy the New Mexico Museum of Natural History and Science.

The interface (programmed in C#/WPF) allows people to select from the different seasons, immediately sending commands out to the Arduinos over USB. I designed and programmed it in WPF. Visitors can drill down from season to constellation to almost every single star in the night sky that has a name. All of the information in the program, painstakingly researched by Roger Kennedy, is loaded from an update-able Excel document. 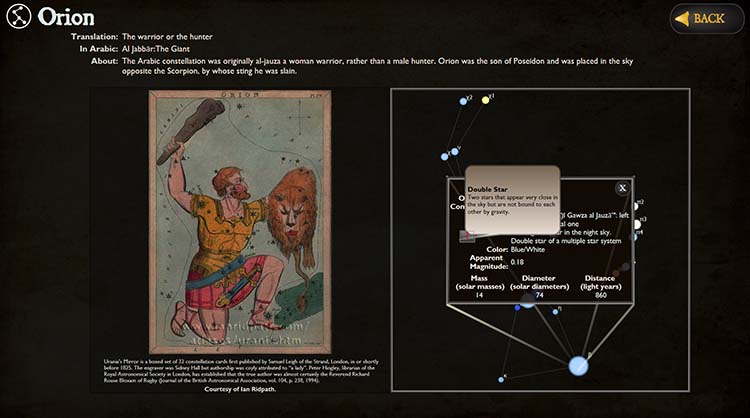 This is a screenshot showing a zoomed-in view of Rigel in Orion, along with a definition of double-star for curious visitors. Image courtesy the New Mexico Museum of Natural History and Science.

There is also the ability to explore Messier objects, which are deep-sky objects. They are represented on the tapestry as green LEDs. The interface shows how they are classified into different types, and then shows multiple views of each image from different telescopes, from professional to amateur astronomers. 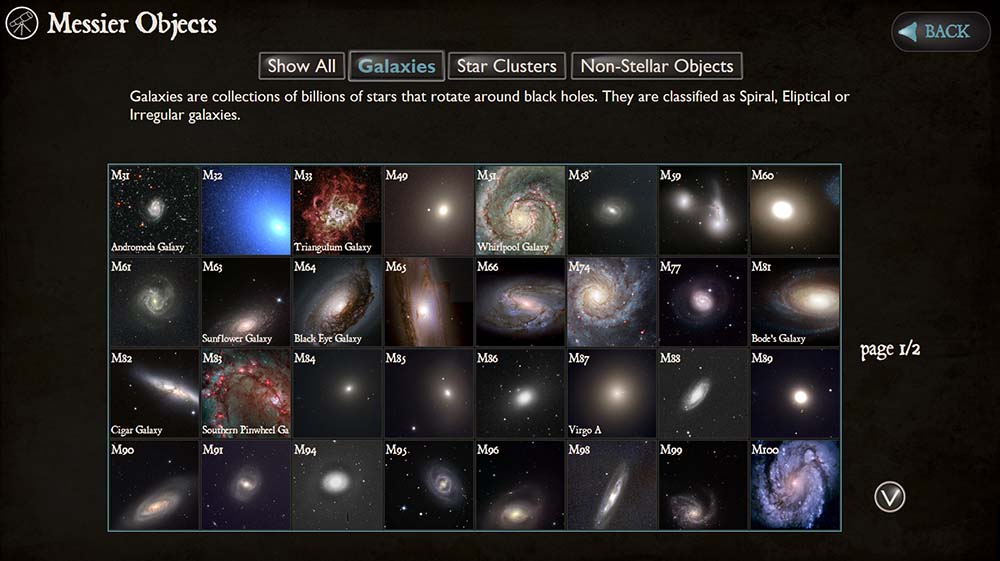 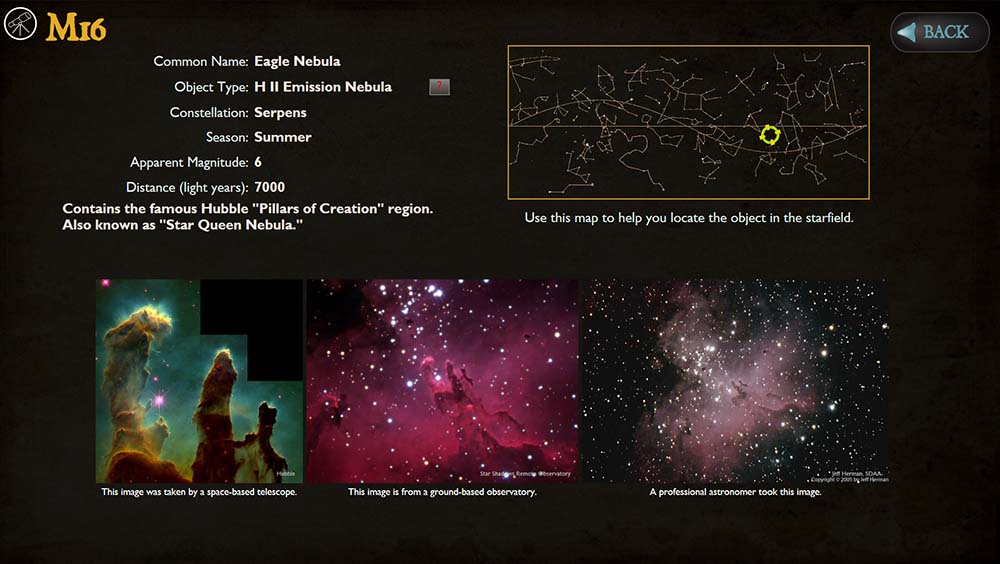 These are screenshots of the Messier mode of the Interface. Images courtesy the New Mexico Museum of Natural History and Science.

This exhibit was installed in 2014 after almost 5 years of work by volunteers and staff. There were almost $30,000 in in-kind donations from companies who donated the wires and boards, a woman embroidered the tapestry with a professional quilting machine, volunteers, staff, work study students. All in all, this exhibit which is probably worth $100,000 at least only cost the museum itself a few thousand. It shows a wonderful way the community can get together to build something amazing. That volunteer and community input is what helped it win a MUSE Award. More importantly, it is one of the most popular exhibits in the museum. Children and adults alike spend a long time exploring the program learning about the night sky. I believe this is one of the most wonderful projects that I've ever had the opportunity on which to contribute.